On April 25th prior to Intel’s (INTC) Q1 earnings, I laid out a bearish case for semiconductor stocks: 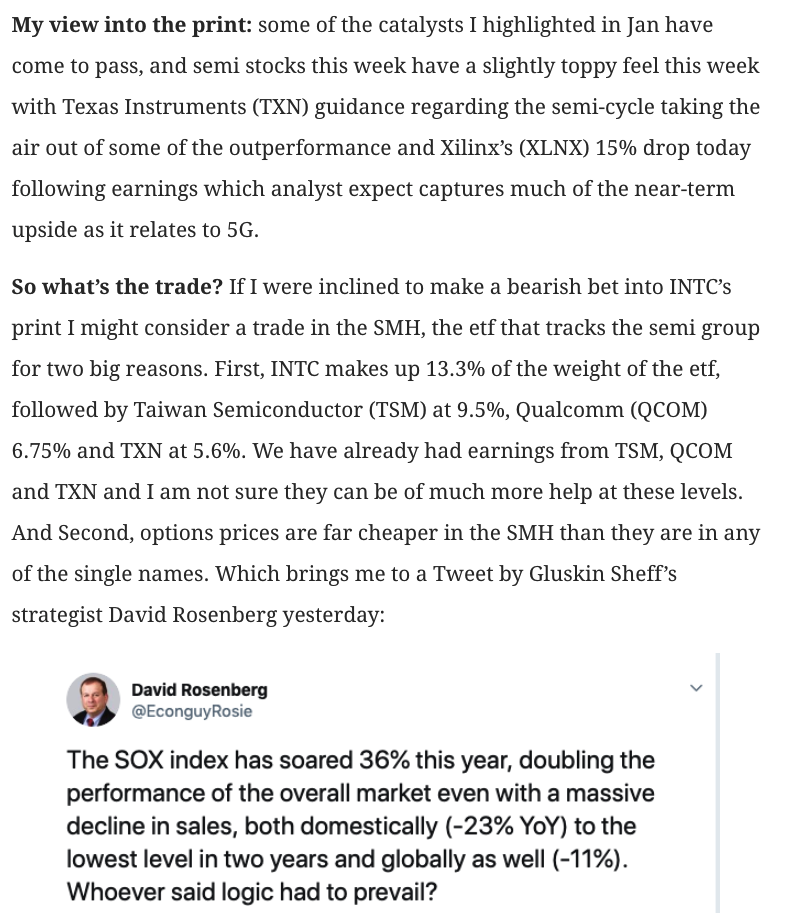 And here was the trade idea:

To quote the dude, this aggression will not stand man!

On May 3rd when the SMH was at $105.75, I closed the trade idea as it made little sense to wait for the balance of the spread to be achieved over the next month.

Last night AVGO’s CEO Hock Tan squarely blamed their weak revenue guidance on “broad-based” slowdown in chip demand and export restrictions to one of its largest customers, which analysts said was likely Huawei”.

It is worth noting that Intel (INTC) got the party started in late April with weak guidance and its stock has since declined 20%, making a massive double top at 10+ year highs and now threatening two-year support: 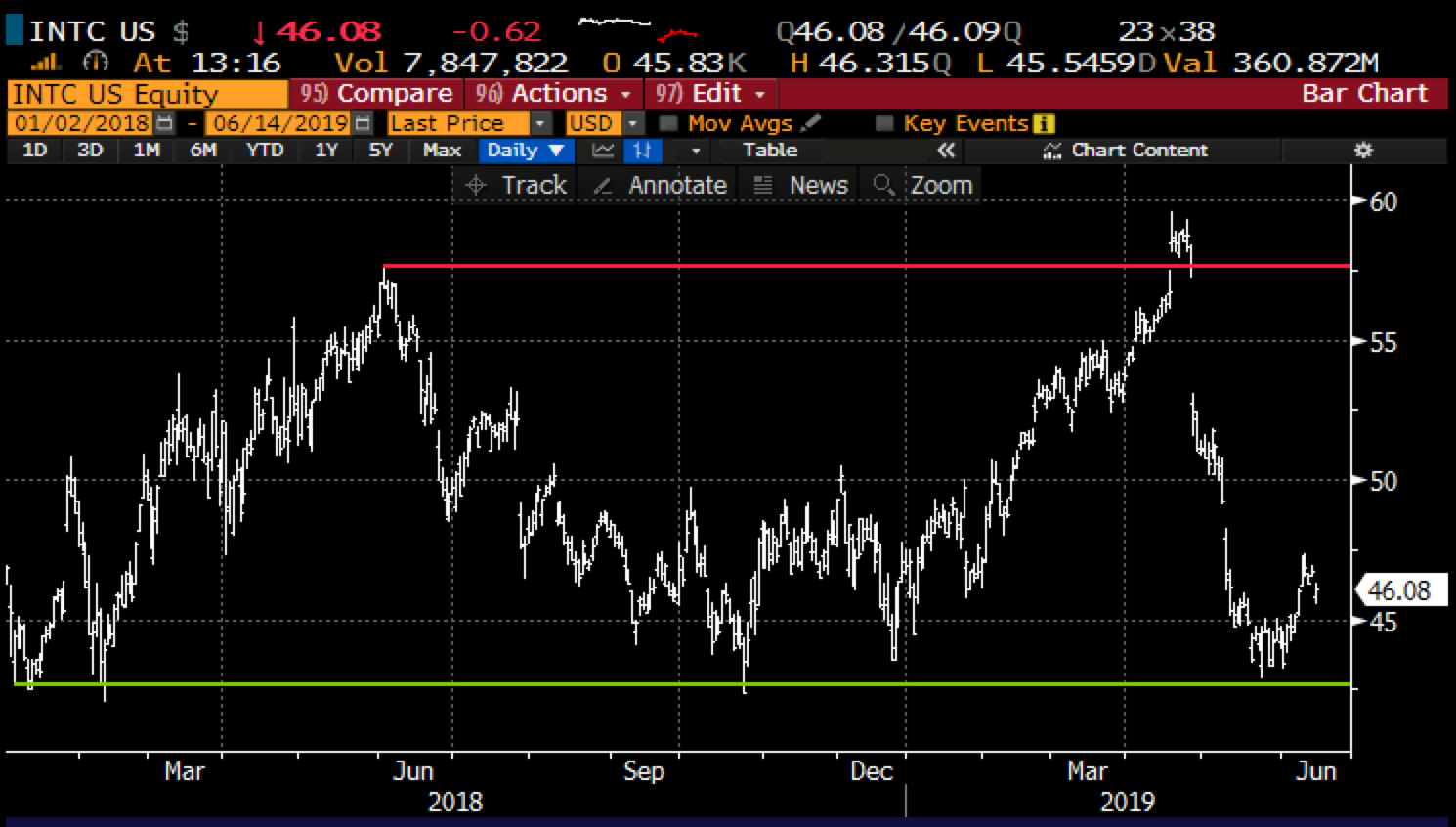 Taiwan Semiconductor (TSM), mentioned above was also rejected at a prior high in late April and is now flirting with 1-year support: 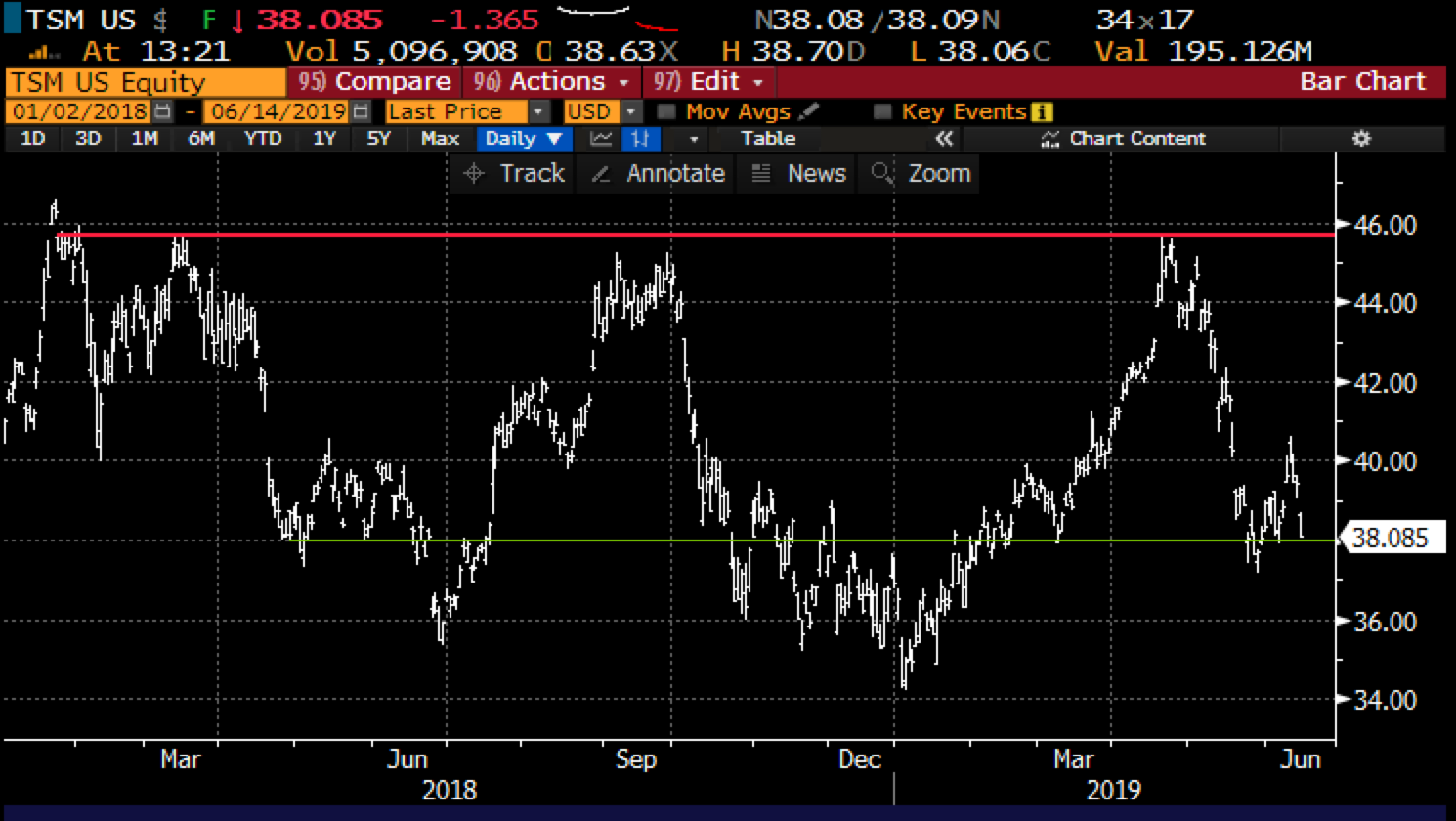 Those two stocks make up 21% of the SMH, the etf that tracks the semi group. The top ten holdings make up about 65% of the weight of the etf.

Some of these charts are seriously broken, just look at NVDA which has been a darling of the bull market, having risen from $100 to nearly $300 from the start of 2017 to its all-time high in October of 2019, since then the stock has been cut in half and looks to be headed for a round trip back towards $100: 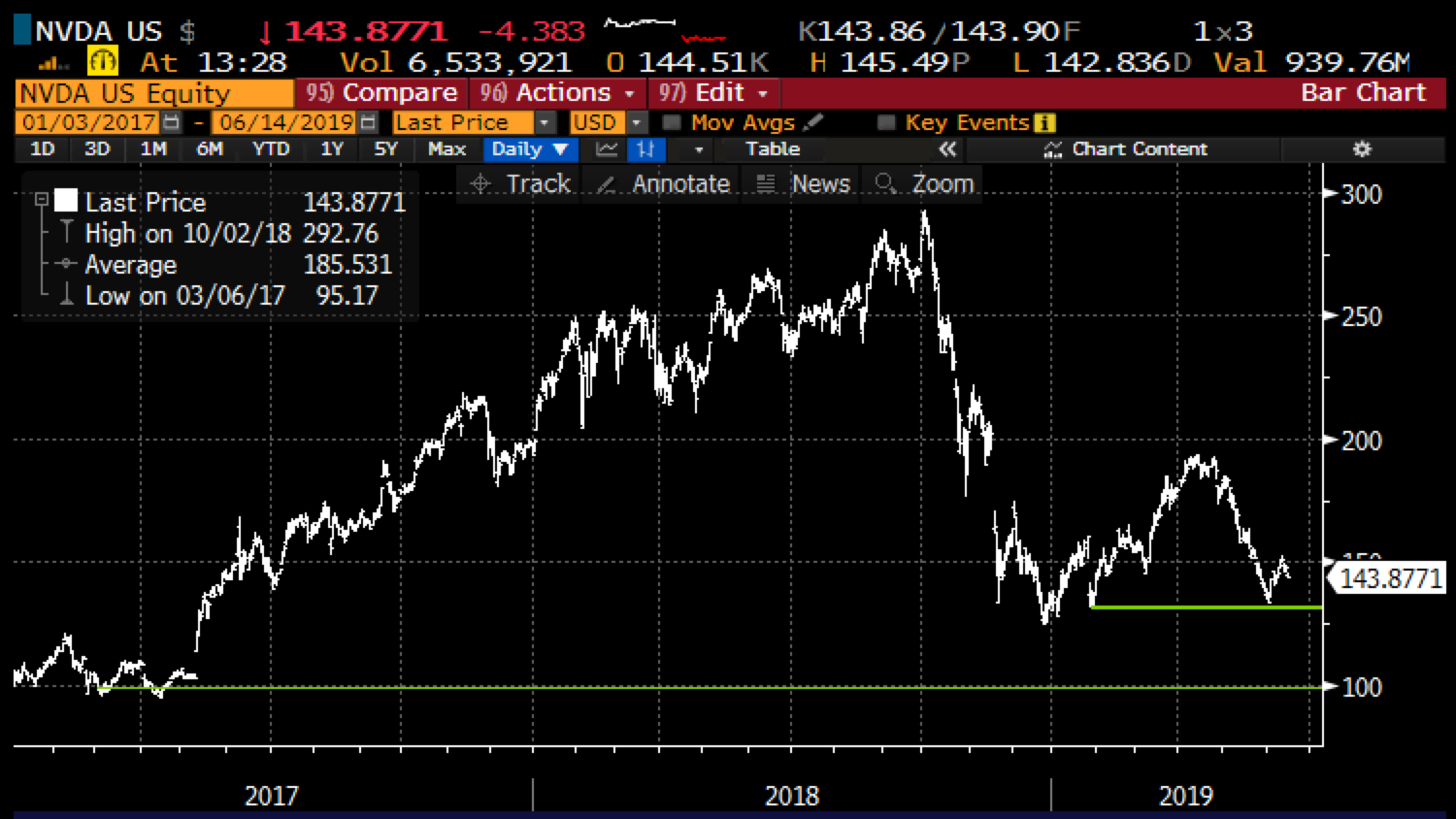 And there is XLNX, Internet of Things and 5G darling, the stock is working off some of this year’s early excesses: 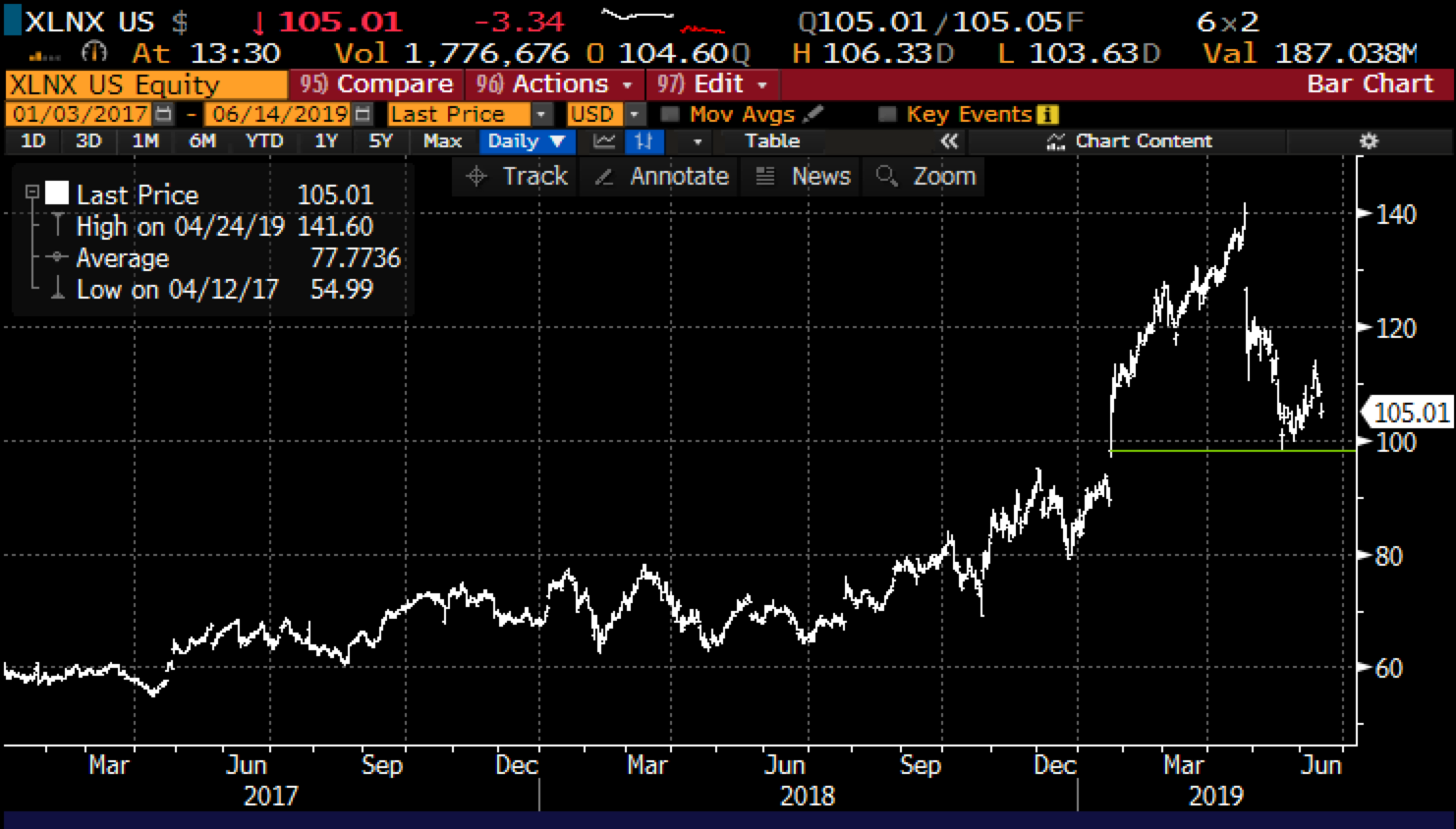 So what’s the trade? Not much in mind has changed in the space since late April, the company-specific issues that have hit names like INTC are not likely to be helped by what i fear is a greater risk to a worse than expected second-half slowdown because most market participants are hopeful about some sort of trade deal.

I suspect we may get a couple of negative pre-announcements in the coming weeks prior to the end of the second quarter, especially if the rhetoric between China and the U.S. regarding our trade war does not abate by the end of the month at the G-20 in Japan. Regardless if we get a sort of “deal” that pushes out further tariffs and deescalates the war of words, I would still be surprised if companies are able to guide with any certainty for the back half of the year when they report in July and early August. The SMH is a sell imo.

Rationale: this trade idea risks about 2.5% of the etf price and has a potential 3 to 1 payout in the event that the etf is down about 12% in two months