Back on March 1st (Flash Delirium), I laid out a near-term bullish case for shares of Western Digital (WDC): 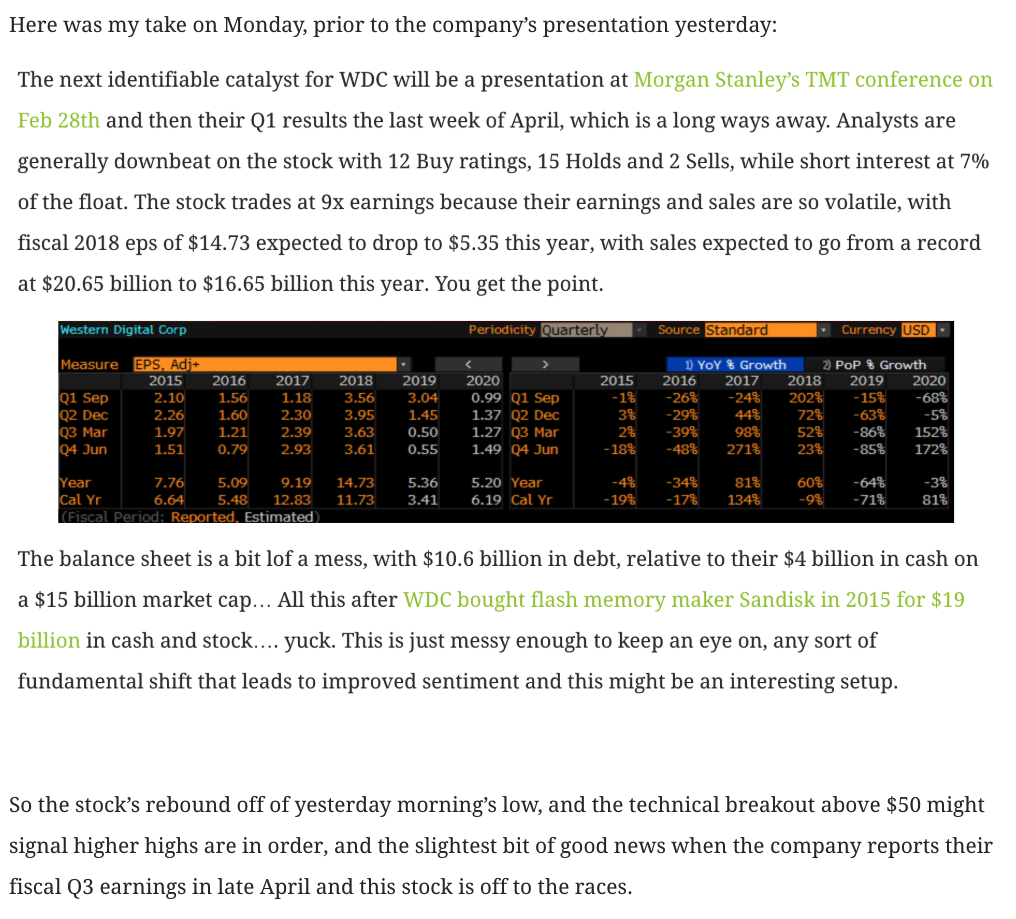 And I detailed this idea on CNBC’s Options Action on March 1st:

Here was the trade idea:

So more than a month later, the stock has been volatile, trading in a fairly wide range and back near where it was when I detailed the trade: 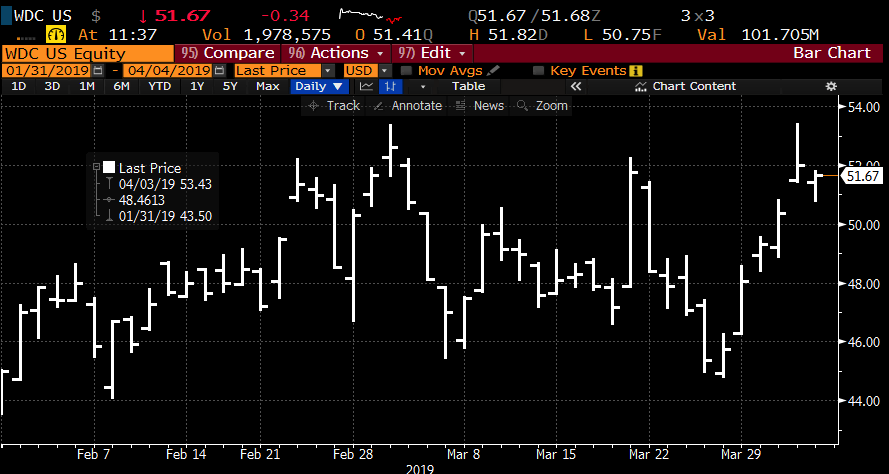 I am updating this idea now because I want to highlight WDC’s underperformance relative to the SMH, the ETF that tracks the semiconductor group, which yesterday closed at a new all-time high: 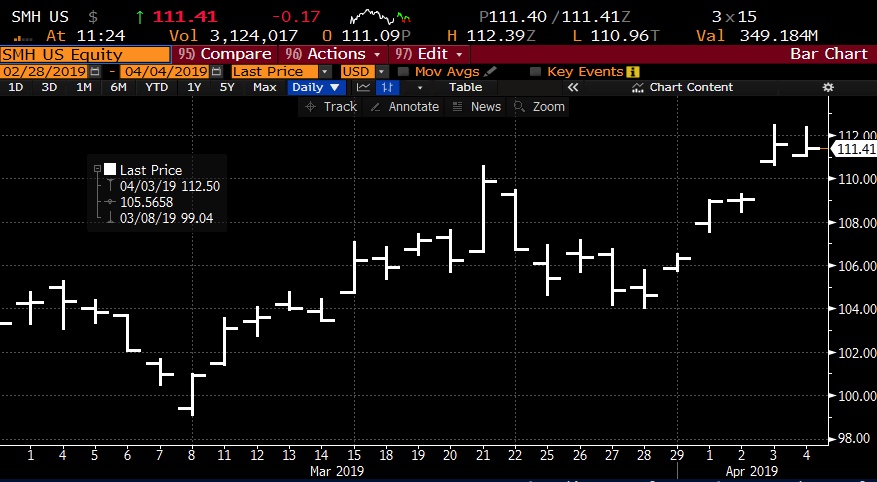 So what to do now?

With the stock at $51.70, very near where it was on March 1st, the May 50 calls are worth $4.20 and the May 65 calls are worth 20 cents, both calls lost 40 cents in value and the trade is worth the exact amount. One reason for this was the in the money nature of the long call strike, there was less intrinsic value, and this less to decay over the last 5 weeks. The way out of the money short 65 call strike has lost two-thirds of its value as the probability of it being in the money is very low.

On this past Friday’s Options Action I commented that this is the sort of trade idea given the fact it has not worked out right out of the gate that you want to keep a close eye on and use a “premium stop”, meaning defining when you would close the trade on the downside:

With just a few weeks to their earnings, the volatility of the stock in the last few weeks leaves me to believe that this has the potential to be a very binary trade after earnings. Additionally, I do not like the relative underperformance vs the broader group.

Action: At this point, I think it makes sense to close the position for no gain or loss and look for a better entry.