In late February we checked in on TLT (the 30 year bond etf) following comments by bond king Jeffrey Gundlach that the 10 year treasury yield was in the process of breaking its long term downtrend. We looked at charts in both the 10 and 30 year yield and the resistance that both were still struggling to break above. We then detailed a TLT trade idea that defined risk and was a bit contrarian. Here was that trade idea, from February 23rd:

TLT was 118 at the time, and is now above 120. A decent bounce but not yet confirmed as a big move higher that will fill in the entire gap to the mid 120’s: 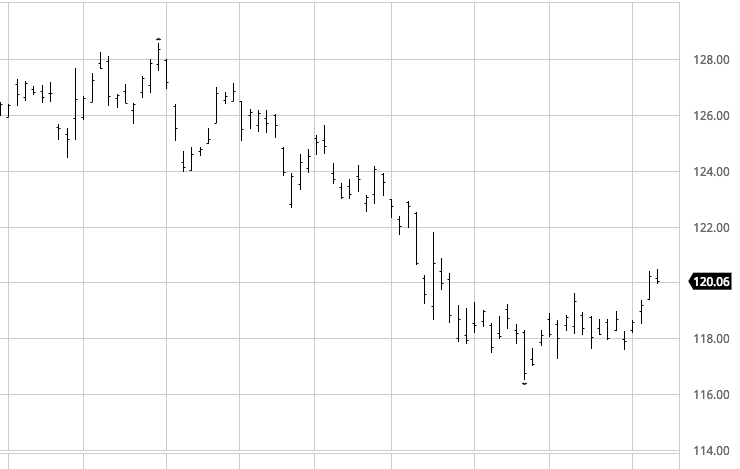 With TLT now 120, this trade idea is profitable, worth about 1.60 vs the original $1 at risk. Intrinsically it is worth only 1, so there is some premium left in the trade (if TLT finished 120.10 on April expiration, this would be worth 1.10). Therefore it makes sense to identify a stop price on the downside if TLT failed on this bounce. 119 is probably a decent price to keep a leash on the trade. It would probably be worth about its current price if that happened in the near term. Longer term, patience is a virtue if TLT continues higher. There’s a decent amount of time until April expiration and this trade could be worth up to $4 if it is at or above 123 in the next month.